Ιανουαρίου 07, 2015
Hello everybody! What a great way to start the new year! We are co-hosting the Great Blog Train blog hop, and we are super excited! Wellcome to our blog, welcome to Athens!

A monthly blog hop departing from your online train station on the first Wednesday of every month!

The Great Blog Train has 7 Engineers
plus a "Destination Co-host"!!
If you link up that means your blog will be seen on 8 different blogs!!!

This month we will be travelling to ATHENS, GREECE
Also, remember to visit the DINING CAR on one of the Engineer's blogs!

If you are interested in being a Co-host for the Great Blog Train then please click HERE and fill out the form (THANK YOU!!)


As you probably already know, Athens (Athína, [aˈθina] in modern greek and Ἀθῆναι, Athēnai in ancient greek) is the capital (and the largest) city of Greece. Athens is one of the world's oldest cities, with its recorded history spanning around 3,400 years and the earliest human presence around 11th-7th millenium BC. Classical Athens was a poerfull city-state, a centre for the arts and philosophy, home of Plato's Academy and Aristotle's Lyceum, the cradle of western civilazation and the birthplace of democracy (mainly due to the impact of its cultural and political achievements during the 5th and 4th centuries BC).
The heritage of the classical era is still evident in the city! Ancient monuments ans works of arts can be found everywhere, with the Parthenon beeing its "crown jewel", a temple dedicated to the godess of wisdom Athena, the patron godess of the city. The city also retains Roman, Byzantine and a few Ottoman monuments.
Athens is home of two UNESCO World Heritage Sites, the Acropolis of Athens and the Daphni Monastery.
Athens is home of the National Archaelogical Museum, featuring the world's largest collection of ancient Greek Antiquities ans the new Acropolis Museum. Important landmarks of the modern era (dating back to 1834, the establishment of Athns as the capital city of the newly found Greek state) are the Hellenic Parliament, the National Library of Greece, the Athens University, the Academy of Athens.
In 1896 Athens was the host city of the first modern-day Olympic games and in 2004 the city welcome the Games again!

Linking up to the Train is as easy as

Ο χρήστης Ανώνυμος είπε…
Hello! I am visiting your blog because I saw it on the train hop starting at God's Growing Garden. I've wanted to visit Greece ever since I saw the James Bond movie "For Your Eyes Only." It looks like such a beautiful place.

Jane thank you for visiting my blog!! I hope you will find things that you like! Greece is really beautiful, especialy the countryside (the islands, the mountains...). I hope you will make it here some day! 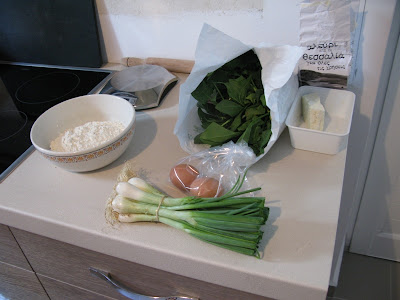